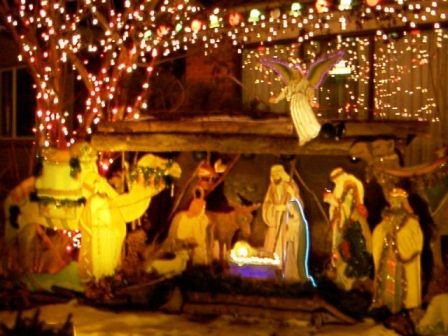 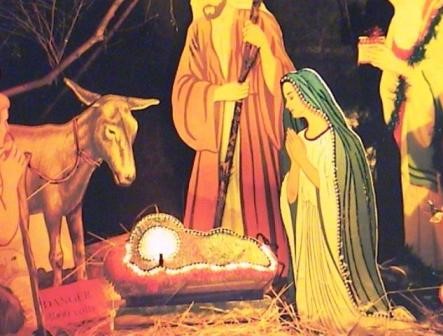 Medium shot of the major players
Black light on base of Baby Jesus, travelling lights on bottom of cradle 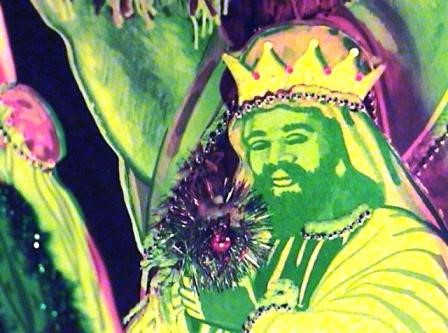 All the kings' jewels are LEDs that flash.  Face is green because the color wheel pointing at the scene was green at the time. 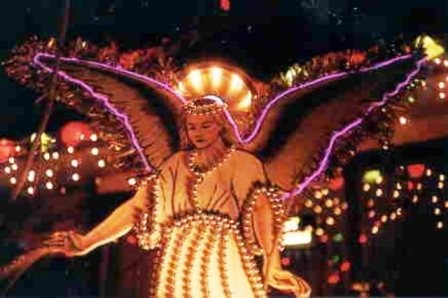 Angel, lit from below 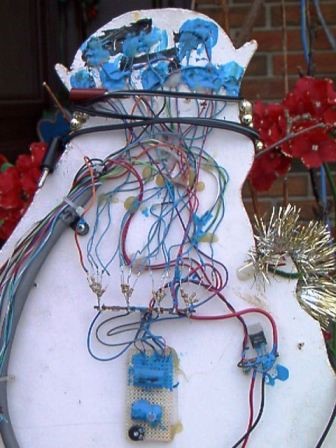 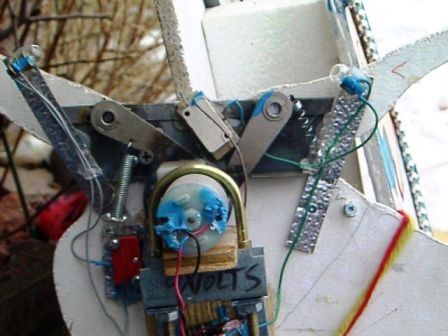 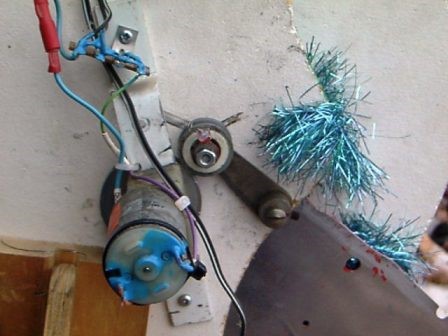 Motor and cam for the King's hand 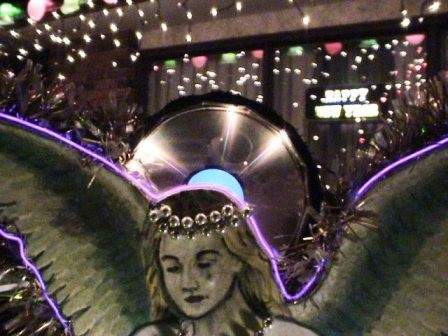 Closeup of the angel head.  Center blue is a backlight for a 3" television 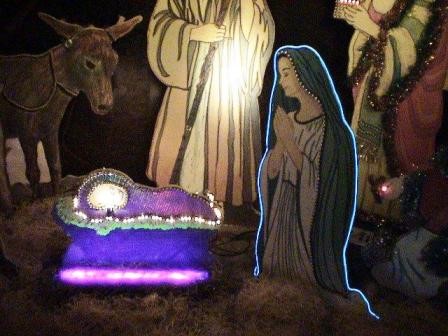 Nativity Paper figures, 2/3 full size, were cut out of 3/8 plywood and pasted onto the wood backing that was in the same shape. Extra coloring and other embellishments was done by my significant other, Barbara, to give the figures more depth.  I modified most of the figures, as follows:

Kings: all have LEDs where there was supposed to be a jewel of some sort.  They all flash in a random order and are different colors.  One king moves his arm up and down, gesturing to Baby Jesus.  He has a light in his moving hand.

Donkey: his ears twitch when fireflies fly close to them. I synchronized two flashing lights with two solenoids that moved the ears.  I could have used a single motor with cam to do this, but the distance between ears was too great.

Mary: She was pretty plain most of her life in my display, but then I added bright aqua-colored neon wire around her veil, which really gave her "status".

Baby Jesus:  All around the top of the cradle is a light string that moves slowly, fading in and out between adjacent bulbs.  Below the figure is an unseen black light that highlights the swaddling cloth.A small light lights the face.

Angel: There's a halo around the angel's head, made from some vertical incandescent readouts, an old CD and a small LCD TV backlight.  The readouts light sequentially, moving around the head.  Because of the angle of the lights, they light up as long triangles.   I added bright magenta neon wire around the wings.  At the base of the angel is a large light that lights up the entire angel.

***Pretty lame...but this was 25 years ago.  I could do so much more now: servos, stepper motors, zillions of LED and laser options.