Farewell Lunch A week or two after this happened, someone organized a farewell luncheon/beerfest at the local pub for me. There was a good turn-out: all the operators and SuperTechs that weren’t working at the time were present, and I think Tom (the foreman) may have been there as well. I was surprised and elated to see my old boss Terry there, because of his past and present position, I would have understood his absence. Terry and I had our problems too, one of the reasons why I sent a letter to him about 20 years after I worked for him, apologizing for my behavior.

After the farewell lunch I invited everyone over to my home for a "continuance". I was quite shocked when most of them showed up! And with their wives. We had a few drinks, some food, and I passed around a letter I had written to Alex with copies going to top management of Dow. I knew it wouldn’t change anything but I wanted to go on record with the correct facts, not the bull that Alex was feeding them.

My association with Dow didn’t end there. First of all my wife worked there in a secretarial capacity in one of the new plants. Her supervisor told her that whatever happened between me and Styrofoam wouldn’t reflect on her. Of course I took this to be a gawd-damn insult to the highest degree, because I was ready to end my time at Dow with dignity, not humiliation. The things that transpired weren’t my fault. I fed her back information and comments to tell her supervisor. Whether or not she ever did, I’ll probably never know, because if I asked, I know she’d give me the answer I wanted to hear just so she would not have to be caught in the middle. Second of all, and this really tore up my life for awhile: there was a bomb scare at Dow, and I became a suspect.

Send Comments
Bomb Scare I got a call from the RCMP telling me there was a bomb scare phoned in to the complex. Did I do it? No, I did not. They asked if they could come over and talk to me about "it" and Dow in general, to which I replied "sure, I have nothing to hide" and "I’m willing to help in your investigation". I really was naïve. I guess they wanted to profile me and see if I would slip up in the interview and say something that would implicate me. Two of them came over, in plain clothes (but in a squad car) and they interviewed me for about an hour, explaining they had to go through the motions because I had been a "disgruntled" employee. This automatically made me a suspect. I agreed with them, while denying I had anything to do with this. Would I take a Lie Detector test? I thought about it for awhile, told them I knew they weren’t foolproof. What if the machine said I lied? The answer was "you have nothing to worry about if you’re innocent". (Put that in your book of famous last words, along with: "The Titanic can never sink").ag

The reason I quit Dow was so I could take Electronics at NAIT, so I was pre-disposed to things that were electronic in nature. So, the idea of seeing a lie-detector up close, and being able to quiz the operator on its operation was quite intriguing, so I said yes. Talk about an experiment gone wrong.na aliqua.

Send Comments
No Doggies at K-Division 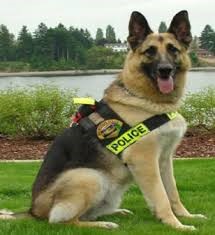 The real test started with the same questions. I was anticipating the BIG question, and had already become nervous, because I had no idea how or when they would ask it, and I was thinking "what if the machine says I’m lying?" So they finally dropped the bombshell: "Did you, (on such and such a date) phone Dow Chemical and indicate that there was a bomb planted there?" I said no. I looked over at the machine which was to my right. The operator had been marking up the paper tape as it came out of the machine, and when I answered the last question, he made another mark. I didn’t see anything unusual there, no different than any other spot. If fact, the histogram that was created didn’t appear to be any more unusual than at any other time.

The guys (the operator and one detective) left the room, leaving me in the chair where I had taken the test. I remember it was quite hard, like those oak chairs that the government used to use in the 50’s and 60’s. It also reminded me of the chair they electrocute criminals in.

When the detective returned, I asked in a cocky voice: "Well, did I pass? Heh heh heh".

"As a matter of fact, you didn’t," came the reply.

I looked at the guy, certain he was making a joke because he was a pretty nice person, before the test. He said "No, I’m not kidding. The test indicates you’re lying to us".

I said "Bullshit! How can it show I was lying when I DID NOT lie?"

He then pulled out the paper and pointed me to some squiggly lines, saying "See, right here. You lied. The machine is "just a machine". It can’t lie. It didn’t make the lines by itself".

Man, I was REALLY starting to sweat now. I pointed out to him that in his introduction to the machine he said that the machine is never less than 95% accurate, and is mostly 100% accurate. I challenged him on that, asking: "If it’s so accurate, why isn’t it allowed in court?". Now this really pissed HIM off! He tried to intimidate me by putting his hand on my chair and his face 4 inches from mine as he literally screamed at me! I felt like I was in boot camp with Sergeant Major Clint Eastwood as my commanding officer! Just like TV.

After this unexpected and unfair treatment, I managed to get out of the chair and leave. The inspector followed me, making sure he never touched me, because to do so would be a hostile act. After all, I was there on my own free will. I hadn’t consulted a lawyer, in fact when the RCMP were in my house, they said I didn’t need a lawyer if I wasn’t guilty! It’s amazing how they can twist things around and manipulate people like that. I guess it’s their job. I was insisting that I was innocent but the inspector kept harassing me, to the point where he got in front of me, stopping my egress. Then he looked me in the eye and said, "You’re a dangerous man. You’re enjoying this aren’t you? You think you can beat the system, don’t you? This is all a game to you!"

Now he was really pushing the envelope, and realizing that I could not argue with an irrational man, much less poke him in the mouth, I managed to get out the door and to my vehicle. That night I relived the entire event minute by minute in a conversation with my wife, which I recorded for posterity. I still have it on reel-to-reel tape.

About 3 months or so later, I heard through the grapevine that the RCMP found their man, a pipefitter or millwright who had been laid off or fired from work. Seeing the opportunity for vindication, I sent a letter to the RCMP asking for an official apology. I got nothing.

Despite the harassment of this event, and all the speeding tickets I got from the Mounties, I still have lots of respect for them. Must be because of the show "Due South". I was asked one time by a friend if he should take a lie detector test as a condition of getting a new job. I said, "definitely not!" and told him my story. My contention was that he could fail the test and forever be branded a liar.

Reflecting back on the situation, I can see how a crazy person could have done a lot of damage and killed lots of people with a bomb. Having worked in the Ethylene Oxide Plant and Chlorine Plants, I was privy to information on what could cause damage. For example, ethylene oxide has been used in liquid fuel rockets. It has a lower explosive limit (LEL) of 3% to 100%, and explosive power greater than dynamite. The 3% figure means the material will explode with as little as a 3% concentration in air, with air being the other 97%. The 100% figure means it will blow up even if there’s no air, because of course, the "oxide" means the chemical is an oxidant. As a comparison, gasoline will not explode if there is no air, even if it’s 100 % gasoline vapours.